An Authority on Georgia Law

Attorney John D. Hadden is the author of three books on litigation published by Thomson Reuters, one of the world's leading publishers of authoritative legal references materials. These books are primarily intended for use by lawyers and judges but are available at many county law libraries across Georgia for use by citizens. 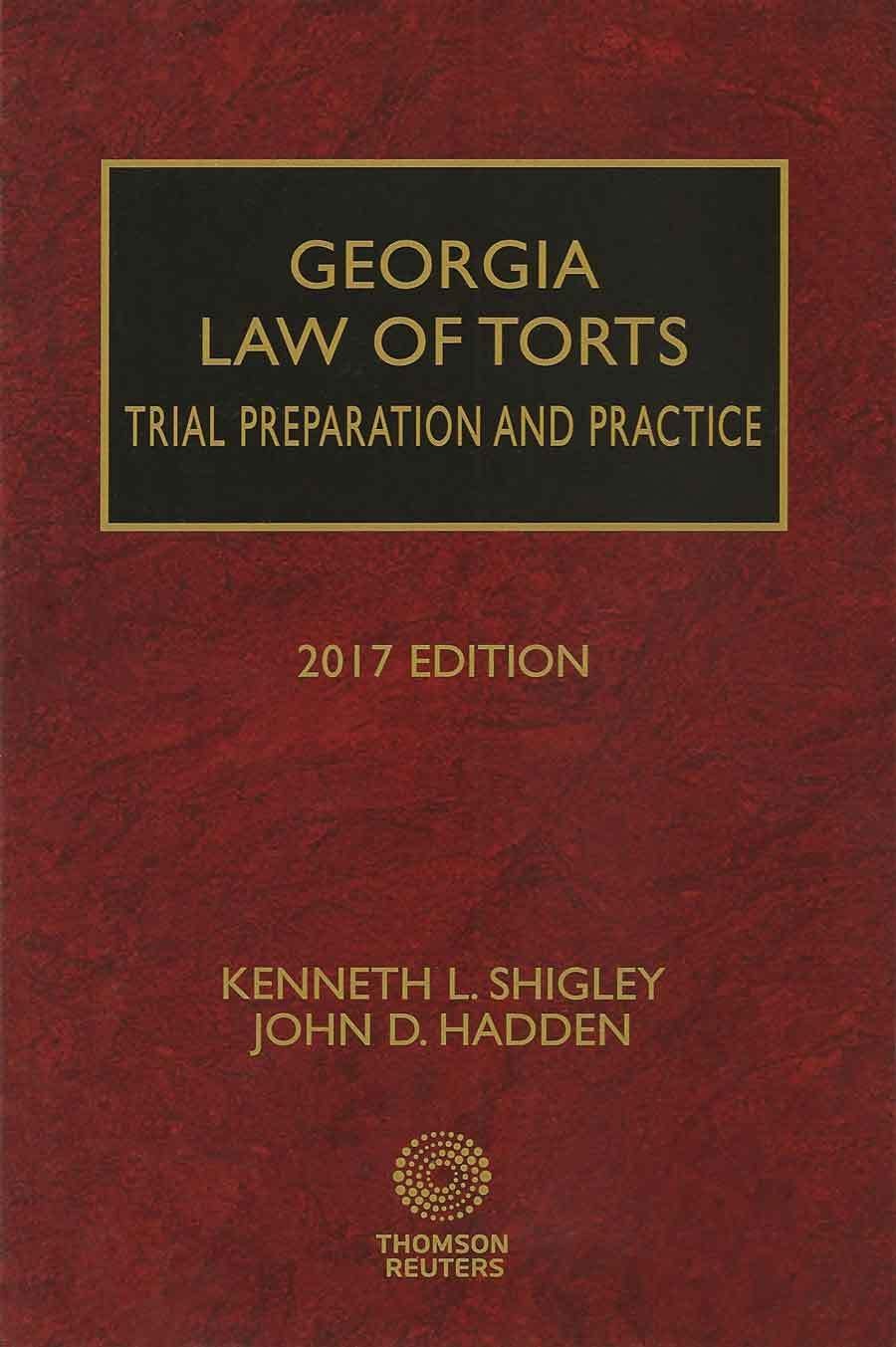 This book (co-authored with 2011-2012 State Bar of Georgia President Kenneth L. Shigley) is intended to be a comprehensive treatise covering personal injury litigation in Georgia. It covers all aspects of personal injury litigation, including case selection and investigation, evidence preservation responsibilities for both the plaintiff and defendant, pretrial preparation, lawsuit filing and discovery, motions, trial, and appeal. It also discusses and analyzes complex issues that can arise in personal injury litigation regarding evidence (including an extensive discussion of the evidentiary standards governing expert witnesses under the Daubert standard), sovereign immunity, federal court considerations, ethics and lien resolution (including responsibilities under ERISA, Medicare, Medicaid, and other third-party claims), privileges, damages, and insurance considerations.

Many lawyers throughout the state of Georgia consider this book an essential for their libraries due to its thorough coverage of issues that can arise in personal injury litigation, and it is frequently cited by the Georgia Supreme Court. It is updated yearly with the latest cases, statutes, and other developments in Georgia personal injury law. 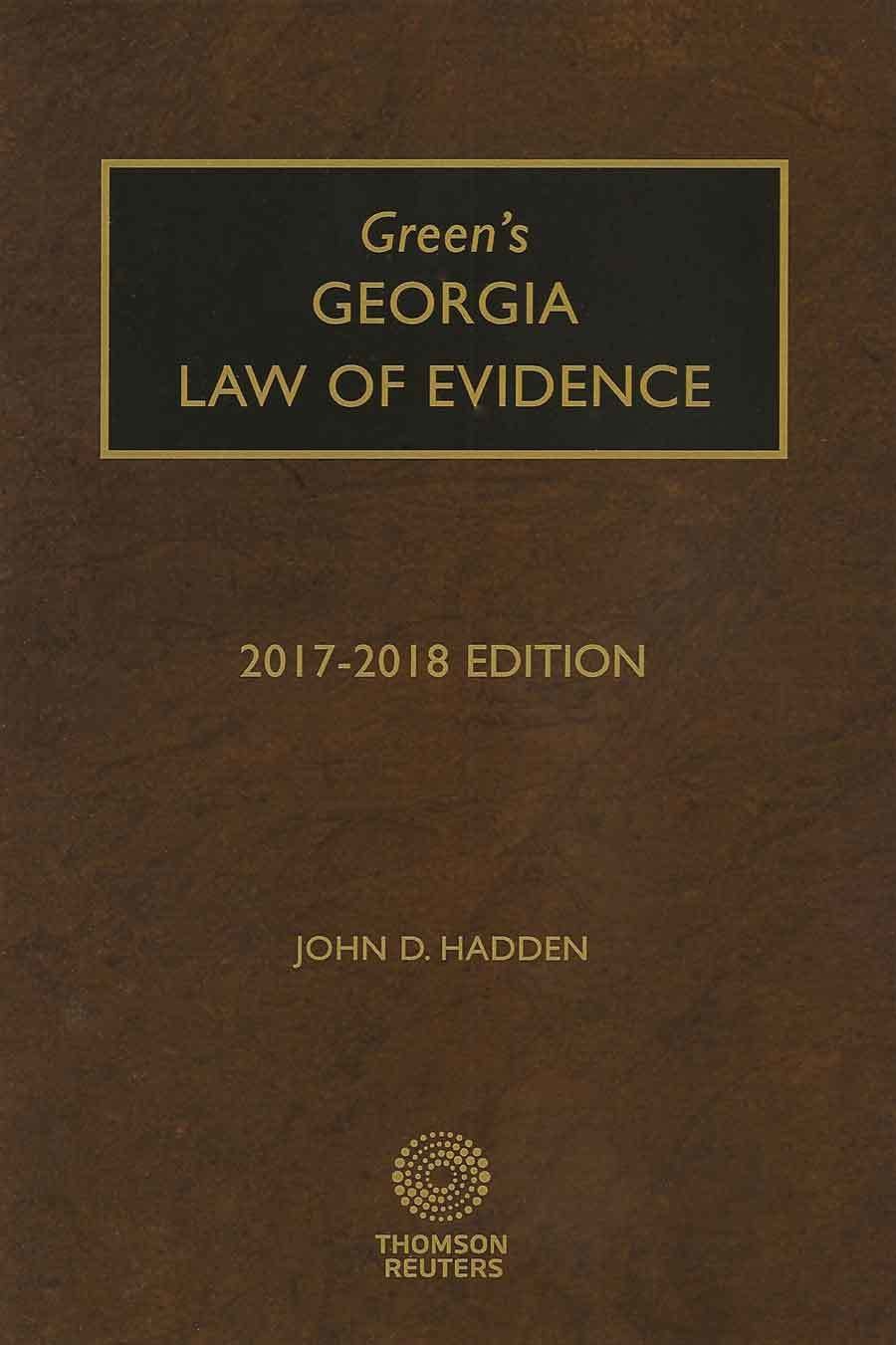 Lawyers and judges across Georgia rely upon Green's Georgia Law of Evidence for up-to-date coverage of the ever-evolving law of evidence. In 2013, Georgia completely revised its evidence law for the first time in 150 years, bringing many changes to trial practice in state courts. John Hadden carefully reviews newly published decisions, as well as legislation, for inclusion in each year's updated edition of this work. It is regularly cited by Georgia's appellate courts due to its comprehensive analysis of all 200+ sections of the Georgia Evidence Code, as well as coverage of the latest Georgia Supreme Court and Court of Appeals decisions analyzing the 2013 evidence code, which is applicable in all Georgia courts for both civil and criminal cases. The book also explains the historical development of various rules of evidence and discusses how the Federal Rules of Evidence, adopted in the federal courts in the 1970s, have influenced Georgia evidence law. 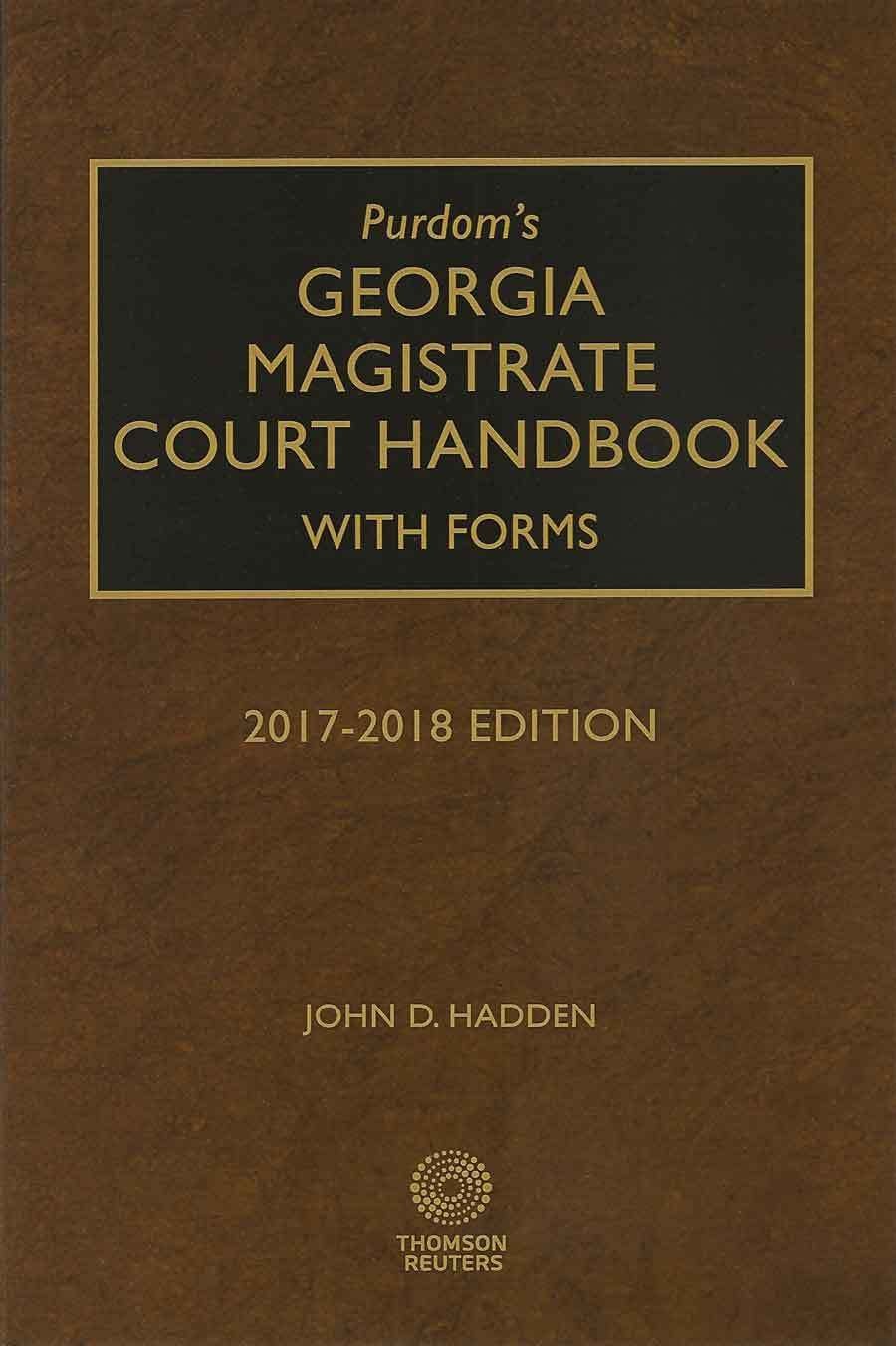 The Georgia Magistrate Handbook offers judges, lawyers, and non-lawyers a detailed explanation of practice and procedure before Georgia's magistrate courts. Magistrate courts are courts of limited jurisdiction, but they make up an important part of Georgia's judicial system. Civil cases involving claims of $15,000 or less may be brought in the magistrate courts, and magistrate judges serve a critical role in the criminal justice system, issuing search and arrest warrants, reviewing arrests for probable cause, and setting bail, among other statutory and constitutional duties. In civil cases, magistrate court jurisdiction extends to personal injury cases, involving auto accident claims (subject to the $15,000 limitation), garnishments, and landlord-tenant cases. The book contains up-to-date analysis of the latest magistrate court rules and procedures, as well as analysis of Constitutional limitations applicable to criminal matters. The book is updated annually.