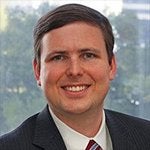 John D. Hadden is the owner and founder of the Hadden Law Firm. An experienced trial and appellate lawyer, he is author of three respected treatises on Georgia litigation practice: Green's Georgia Law of Evidence, Georgia Law of Torts - Trial Preparation and Practice, and Georgia Magistrate Court Handbook, all published by Thomson Reuters Westlaw. He is also author of the Evidence chapter in the multi-volume national Thomson Reuters treatise Handling Motor Vehicle Accident Cases, 2nd Edition. These books are relied upon by lawyers and judges in Georgia for their analysis of Georgia law. He is a frequent lecturer at continuing legal education seminars in Georgia and is author of numerous articles in legal publications.

John has handled a wide variety of trial and appellate matters in the state and federal courts of Georgia, including representation of both plaintiffs and defendants in civil cases and the prosecution and defense of felony and misdemeanor criminal matters. Before founding the firm, he was a litigator at a prominent Atlanta firm, where he represented numerous commercial and business interests and defended clients in personal injury, wrongful death, and property damage claims. He now concentrates his practice on catastrophic personal injury and wrongful death claims. A native of Jefferson and Glascock Counties (near Augusta), John handles cases around the state of Georgia. He lives with his wife, daughter, and son in Atlanta.

John is president of the Atlanta Trial Lawyers Association, a member of the Atlanta Bar Association, where he is Chair-elect of the Litigation Section (previously serving as secretary and treasurer), and a Champion member of the Georgia Trial Lawyers Association, where he is chairman of the Amicus Curiae Committee, assisting attorneys from around the state in matters before appellate courts. He also serves on the Board of Governors of the American Association for Justice New Lawyers Division and is past chair of the Litigation Committee of the State Bar of Georgia Young Lawyers Division. He is a Master in Emory University School of Law's Lamar American Inn of Court.

John graduated with honors from the University of Georgia School of Law in Athens, where he was a member of the Georgia Law Review. While in law school, John served as a clerk for the judges of the State Court of Cherokee County and worked in the Office of the District Attorney for Rockdale County, prosecuting felony and misdemeanor criminal cases. John earned his bachelor's degree from Emory University, where he was a double major in History and Environmental Studies and was philanthropy chairman of Emory's Interfraternity Counsel. During college, he worked at the state capitol in the Office of the Governor.

In his free time, John is an avid private pilot and SCUBA diver. He also frequently serves as a volunteer judge for moot court and mock trial competitions at the high school and law school level. He is currently chairman of the board of directors of the Georgia Network to End Sexual Assault (GNESA), a group responsible for providing guidance and training to rape crisis centers throughout Georgia.