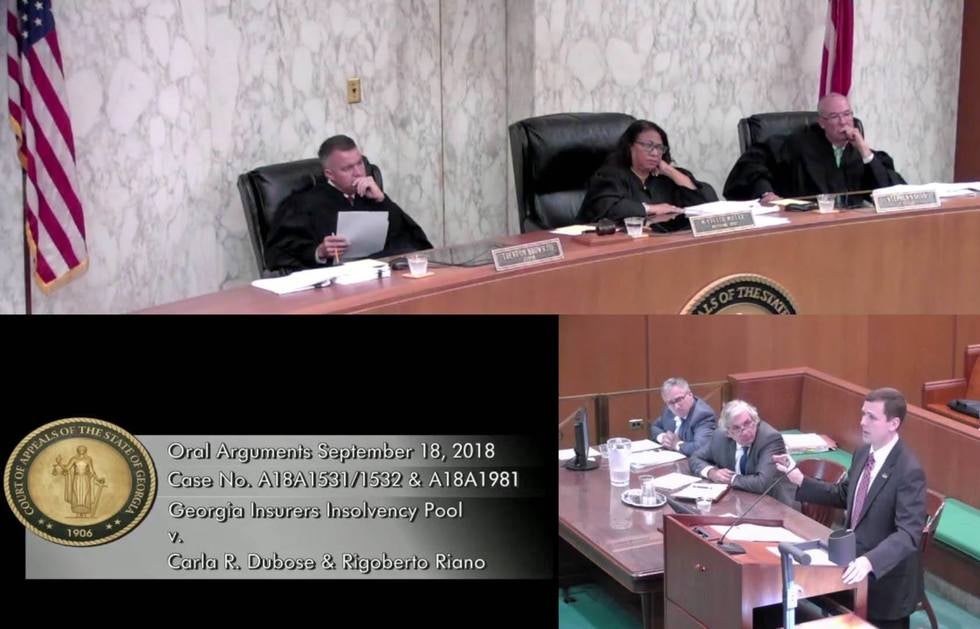 Oral Argument at the Georgia Court of Appeals

On September 18, 2018, attorney John Hadden argued before the Georgia Court of Appeals the case of Georgia Insurers Insolvency Pool v. Dubose, a case that concerns whether an automobile accident injury victim is, as a practical matter, able to also seek damages under the Georgia workers' compensation system when the workers' compensation insurer has been declared insolvent.

The victim was seriously injured in an accident caused by a driver who was alleged to have been under the influence, and at the time of the injury, the victim was driving for work. Typically, in these situations, a car accident victim may make separate claims against an at-fault driver for personal injury claims and against her employer under the workers' compensation system. In fact, the claimant here did settle her personal injury claims against the at-fault driver. While pursuing her workers' compensation claim, however, the insurer was declared insolvent. Therefore, the Georgia Insurers Insolvency Pool (the Pool) took over handling of the workers' compensation case.

Due to its interpretation of one of the statutes authorizing the creation of the Pool, it now claims that it is entitled to an absolute set-off from the benefits it is otherwise required to pay under the workers' compensation system from the payments the victim received in connection with the automobile collision.  Dubose contends that the Pool is not entitled to any setoff, based on the language of the statute, but that if it is, it can only obtain a setoff regarding portions of the automobile settlement that are apportioned to damages that could be the responsibility of a workers' compensation insurer. Because there has been no apportionment, she argues that a jury must determine how the settlement would be allocated in that event.

To date, no Georgia appeals court has addressed the issues involved in the case, even though the Pool has been in existence since the 1970s. Therefore, this is an important case for victims of the wrongdoing of others in the state.

The oral argument may be viewed on the Georgia Court of Appeals web site.