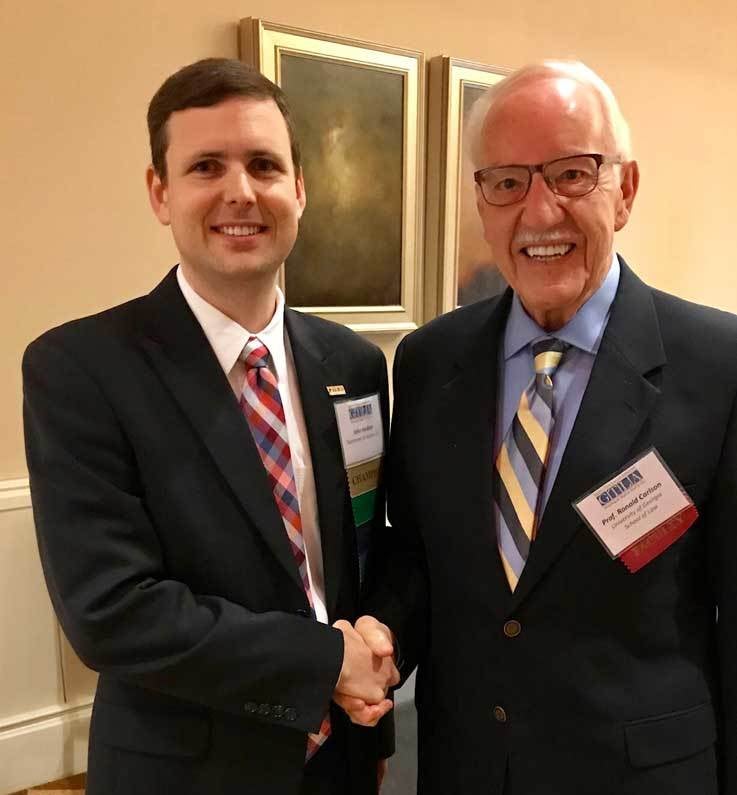 The lecture focused largely on the Georgia Supreme Court's admonition to lawyers regarding the proper interpretation of the 2013 Evidence Code, including an in-depth discussion of the Supreme Court's recent decision in Chrysler v. Walden, in which the court noted that pre-2013 evidence rules may no longer be viable, and must be considered in light of relevancy and other rules that expressly replaced prior rules. In particular, Hadden and Ron and Mike Carlson discussed the admissibility of bias evidence, which is generally admissible, but may be limited in some circumstances, or even excluded entirely, if the evidence would be overly prejudicial. In the Walden decision for example, which involved a claim for the wrongful death of a young child, the defendant's CEO was questioned regarding his salary under the theory that his payments from the defendant could demonstrate bias in the defendant's favor of the defendant. The evidence was subsequently used in the plaintiff's closing argument to suggest a reasonable value for the life of the deceased child. The Supreme Court rules that while this testimony might have potentially been excluded as prejudicial, the defendant did not properly object by citing to the 2013 evidence rules, relying instead on pre-2013 law, and therefore the court did not find "clear error" in the admission of that evidence.