Beautiful Louisville, Georgia is the county seat of Jefferson County, and served as the capital of Georgia (before it was moved to Milledgeville, and then later to Atlanta) early in the country's history. It is home to many businesses and the county's largest airport. Located in slightly south of the middle of the county, US Highway 1 goes through the heart of the town, bringing with it heavy traffic, including tractor trailers and numerous other commercial vehicles traveling to and from points in the city limit as well traversing the county heading elsewhere. This helps contribute to sometimes hazardous driving on roadways in Louisville and the surrounding area, and unfortunately auto accidents are a not-uncommon occurrence in the area. John Hadden, a Louisville native, is experienced in handling personal claims and lawsuits in Louisville, Jefferson County, and around the state of Georgia. 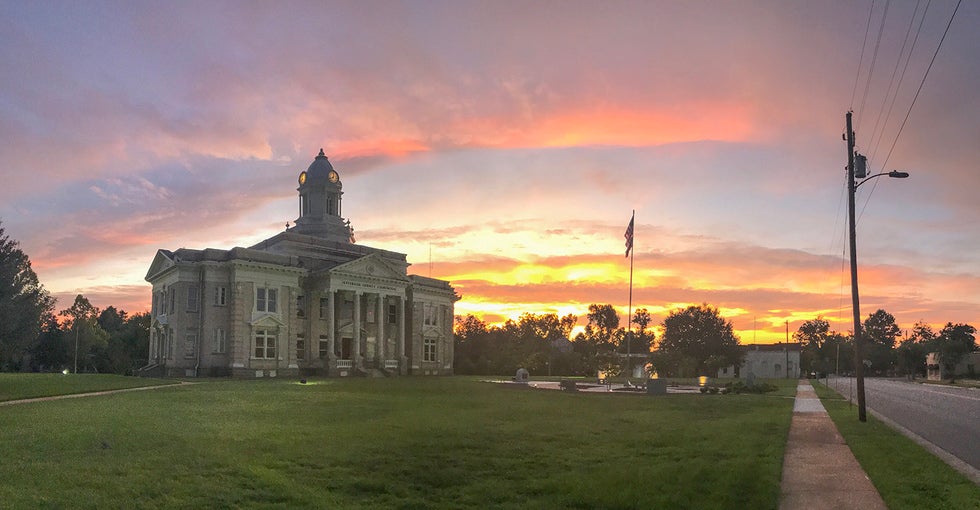 Contributors to traffic hazards in Louisville

Highway 1 is a major US artery (and the longest north-south road in the country), beginning in Maine at the Canadian border and traveling all the way to Key West, Florida. It also travels the length of Jefferson County, passing through Wrens and Louisville along the way. Because of this, not only is it heavily travelled by commercial tractor trailers, but tourists and others traveling north or south along the coast often use the highway as a "scenic route" to avoid the interstate highways.

Louisville is also home to the Buzzard Blast festival each May, which brings numerous visitors into town as well as significant motor vehicle traffic.

Finally, because of the nature of Highway 1 and other highways in the area as main thoroughfares between the many towns and cities in the region, Louisville's roads are heavily travelled by tractor trailers and other commercial vehicles. Logging and other agricultural vehicles are a common sight on the roads in Louisville and Jefferson County, and these vehicles are generally exempted from many of the regulations governing commercial vehicles under state and federal rules and regulations. Kaolin facilities near Wrens can also contribute to the heavy-vehicle traffic moving through town.

These heavy tractor trailers and other vehicles often lack the maneuverability and ability to stop as quickly as regular passenger cars and trucks, and due to their weight and size, an accident between a tractor trailer and car or truck often results in significantly more serious injuries than those that occur when two smaller vehicles collide.

Any motor vehicle accident can result in a wide range of injuries, from minor to life threatening, and sometimes resulting in death. Tractor-trailer accidents, unfortunately, are far more likely to result in serious injury or death due to the large size and weight difference between passenger vehicles and large commercial trucks. Common injuries in car and truck accidents include:

It is always important to obtain medical treatment when necessary in order to maximize the chances of recovery. Additionally, because insurance companies will often try to minimize the damages a victim of a car accident has sustained - sometimes blaming the injuries on a prior condition or injury, or claiming that they are simply age-related injuries, prompt medical treatment can be critical in establishing that a particular car accident was the cause of an injury. Fortunately, Jefferson Hospital in Louisville is equipped with an emergency room capable of handling all but the most serious of injuries. For those injuries that are serious and traumatic, Augusta has several top hospitals a short ambulance ride or helicopter flight away, including University Hospital and the Medical College of Georgia/MCG.

Trucking (tractor-trailer) accidents can differ significantly from wrecks involving passenger vehicles for a number of reasons. First, as discussed above, the injuries can be much worse for tractor-trailer accidents, particularly for drivers or passengers of cars. Second, different rules and regulations apply to trucking companies. Depending on the nature of the trucking company or operator, a variety of state and federal rules may apply, and may place additional obligations on the company. Determining which rules (state vs. federal, and which specific state or federal regulations apply) can require a careful analysis of the company and its operations. Furthermore, determining whether the tractor-trailer operator was following the relevant rules (which can include licensing and medical certification requirements, driver time of service and break limitations, equipment rules, weight limitations, and many other aspects of operating a commercial trucking operation) may involve the engagement of experts who can analyze the vehicle, scene, and records to determine if any of the rules and regulations were broken and assist with determination of fault. An experienced personal injury litigator can determine when these steps need to be taken to maximize an injured driver or passenger's recovery.

As county seat, all county courts in Jefferson County are located in Louisville. The state and superior courts, where serious personal injury claims would be filed, are held in the Jefferson County Courthouse in Downtown Louisville. The Jefferson County Superior Court is part of Georgia's Middle Judicial District. Louisville is also home to the county's magistrate court, which has jurisdiction over cases with damages of up to $15,000. Certain cases involving parties from different states can be filed, or transferred, to federal court. The local federal court is the Augusta Division of the United States District Court for the Southern District of Georgia.

Serious car accidents and truck accidents require a serious and experience lawyer. As a native of Louisville, John Hadden has extensive knowledge of Jefferson County, and as an experienced personal injury lawyer he has the knowledge necessary to help injured victims obtain their best recovery, whether through settlement or trial. Having been recognized as not only a Georgia SuperLawyer but as a member of the Georgia SuperLawyers Top 100 and the author of three legal treatises on evidence and trials, other lawyers look to him for his knowledge of the law. Contact The Hadden Law Firm today.