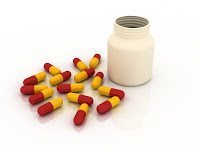 Novartis has become the latest drug maker to reach a substantial settlement over allegations of off-label marketing of popular prescriptions medications, following similar settlements of Pfizer/Wyeth, Forest Laboratories, and Allergan. Bloomberg reports that the $422.5 million settlement stems from improper marketing of epilepsy drug Trileptal for non-approved use in the treatment of bi-polar disorders.  Novartis also agreed to plead guilty to federal criminal charges alleging that it had improperly introduced mis-branded drugs into interstate commerce.

According to Patrick Burns, spokesman for Taxpayers Against Fraud, "Not only did [Novartis] steal from American taxpayers, it put patients at risk because doctors were prescribing medications for bipolar disorder that were not approved for that disorder and did not work as well as other medications that were approved."

"Novartis clearly had a systematic plan of bribing doctors in order to increase sales," said Burns.